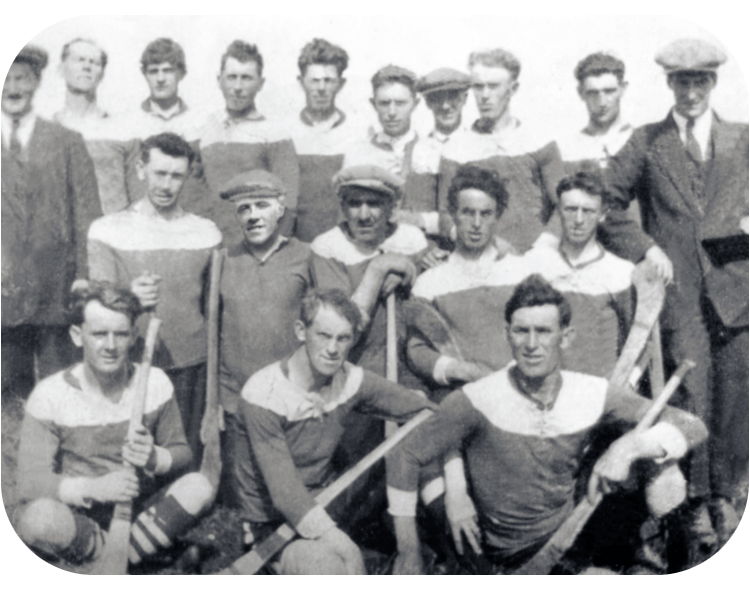 The founding date for Ballyduff GAA is uncertain probably somewhere between 1887-1888. It was one of the first hurling clubs in the county. The Club was represented at the first Co Board meeting held in Tralee on November 17th, 1888 by club delegates Jim Mc Donnell and Jack Callaghan.

This took them straight to an All-Ireland final against Wexford champions Crossabeg as neither Ulster nor Connacht entered teams.

The final took place on February 27th, 1892 in Clonturk Park Dublin. After a tremendous battle that went to extra time Ballyduff emerged victorious on the score 2–4 to 1–5. A long barren spell ensued and despite losing finals in 1912, 1938 & 1949. Around that time Ardoughter who were playing junior, threw in their lot and helped them to a second County Championship in 1955. 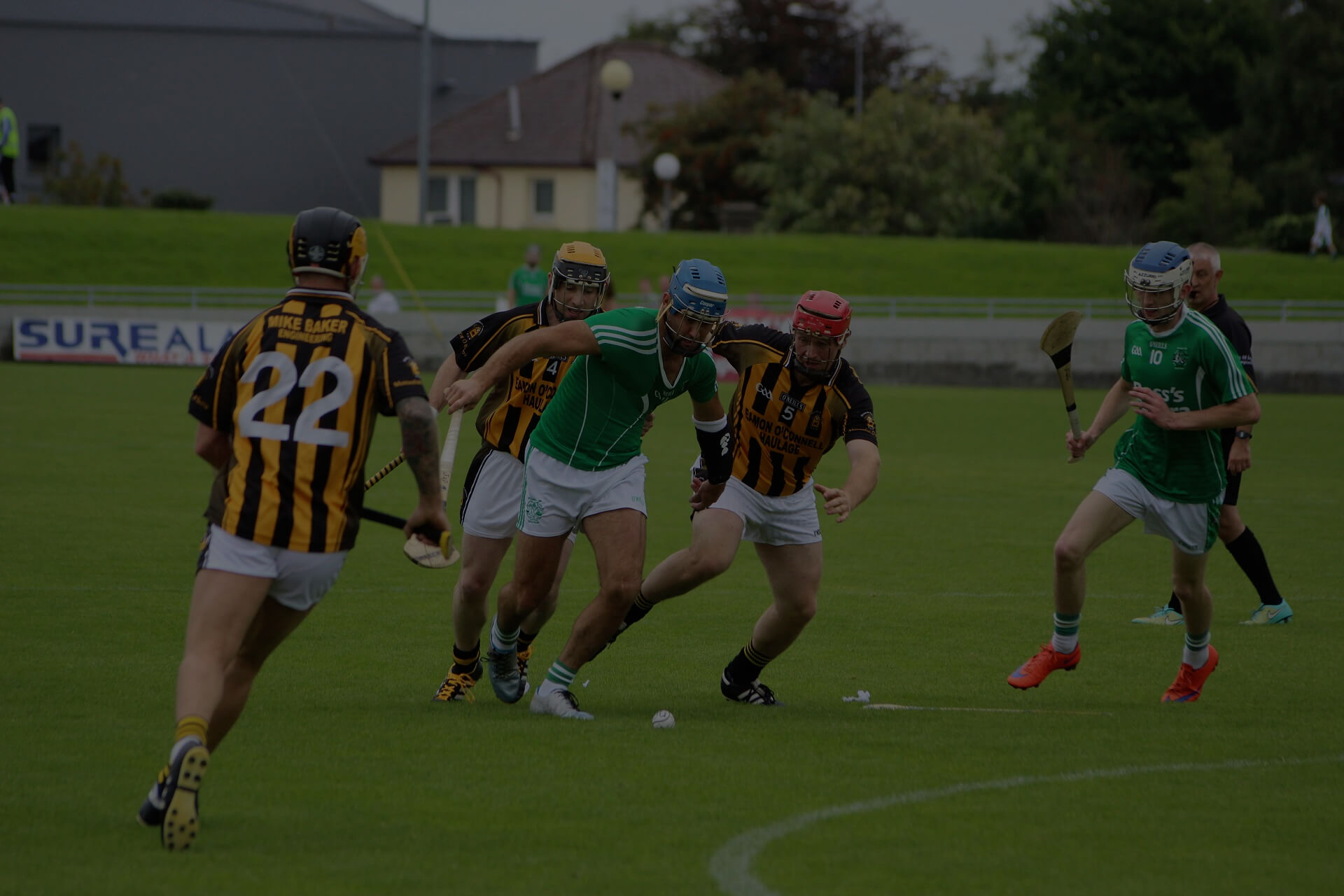 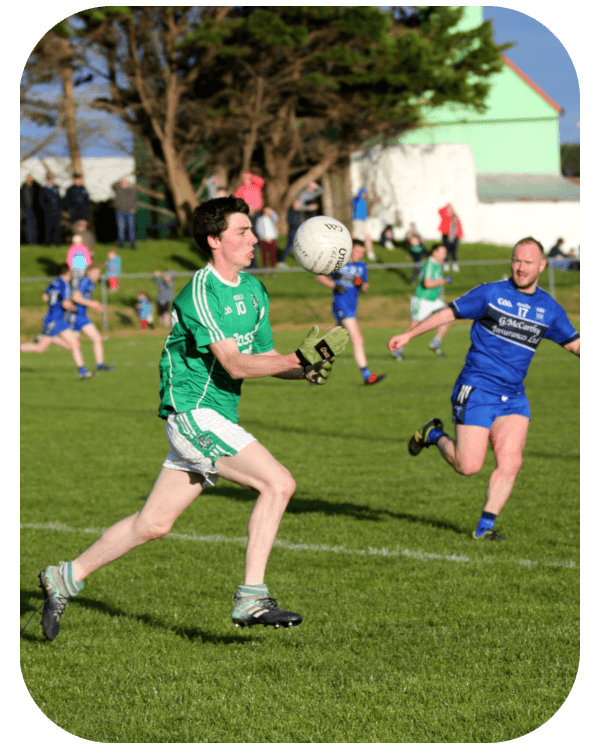 Ballyduff Football Club was set up in 1911 and played their first game on April 23rd v Ballyconry as part of a doubleheader in a fund-raising game with Ballyduff playing Kilmoyley in hurling Ballyduff lost by 2 pts. The first success recorded was in 1944 when they won the North Kerry minor Championship defeating Listowel in the final, they retained their title the following year. In the forties they joined forces with Ballconry and won the North Kerry Intermediate Championship in 1947 and again in 1959.

The sixties saw us fielding teams on our own. We lost two North Kerry Championships in 1963 to Moyvane and in 1968 to Ballylongford. The 1970’s saw a lapse with some players playing with Ballydonoghue at minor and senior levels.

The Club was reformed in 1981 with Teddy O’ Sullivan as Chairman and J.P. Hussey as secretary and a lot of success at underage followed. They won the Murphy Cup in 1982 & 1983. Success at minor and U21 led to senior teams winning the Novice A Co title and the Cahill Cup on the same day in 1991. The first North Kerry Championship followed in 1994 with further victories in 2005 & 2006.

Underage titles at all age groups followed and the club now has a thriving underage academy with a huge input by ex-players and coaches.

In the early days training took place in fields kindly lent by local farmers which was greatly appreciated at the time. In the early fifties two fields were offered for sale, on the property of the late Jim McDonnell who was one of the men greatly responsible for the 1891 triumph. Members of the club attended the auction but the price exceeded what they had been instructed to bid for the property. But the late Mike Joe Hennessy bought the fields and at a subsequent club meeting an agreement was reached with Mike Joe for the club to purchase of the fields from him. It took almost 12 years before the final payment was made to Mrs Hennessy and the club are eternally grateful to the Hennessy family for this. The pitch was levelled and a perimeter fence was erected in the mid-sixties. A front wall was erected and dressing rooms followed in the early seventies with the late Mikey Brassil building it. A spectator stand was built in co -operation with FAS with the late Vincent Linnane as foreman. The new dressing rooms and clubhouse were built in 2003 with local builder Tom O’ Grady the main contractor.

The ‘top field’ was purchased in 1991 from the late Brendan Burke and it proved a massive asset as our playing numbers have soared in the following years. A very generous donation was made by the Krehbiel family, USA, towards the purchase price and development. Many thanks to Kathleen Krehbiel (nee Kirby) for their very generous gesture. It needed only minor alterations and a small spectator stand was built.

Other amenities were the electronic score board, lighting in the main pitch, lights in top field and dugouts. All need updating in the new development plans.

The ball wall and astro turf pitch was built 2019 and this has been a wonderful development which is providing very popular with all age groups. 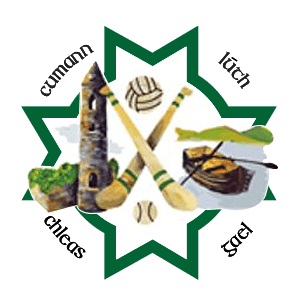 As far as it can be ascertained the green & white has been our colours. When Ballyduff played in the All-Ireland Final they played in grey jerseys with a gold hoop. One theory put forward is they may have been Kerry jerseys at the time but green & white have been our colours for a long time. The club crest was chosen when the club ran a competition to design the crest. The winners were pupils from Ballyduff Central National School. The crest encapsulates all facets of life around area. The Round Tower at Rattoo, hurley, sliotar, football, fishing boat at the Cashen, plus the green and white. This crest is now the property of the club and may not be used without the club’s permission.

Fundraising has always been difficult but we held some enjoyable fundraising events over the last few years. In October 2017 we held a Lip Sync in the Brandon Hotel which was attended by almost one thousand people. In February 2019, we held a Mime to the Rhyme in the Ballybunion community centre. Both had a huge local involvement and were enjoyed by everyone. The local talent on display on both nights was of a very high standard.

The Club is indebted to everyone who made these events possible including many from outside the area. People are asking when we can organise one again. We also held a very enjoyable golf classic in London, organised by Gerry Rochford late of the Cashen. We would like to thank Gerry, a great Ballyduff & Kerry GAA supporter for his continued support. 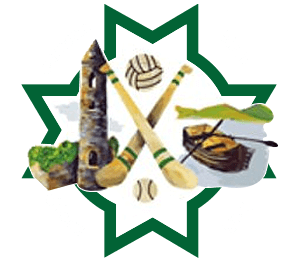